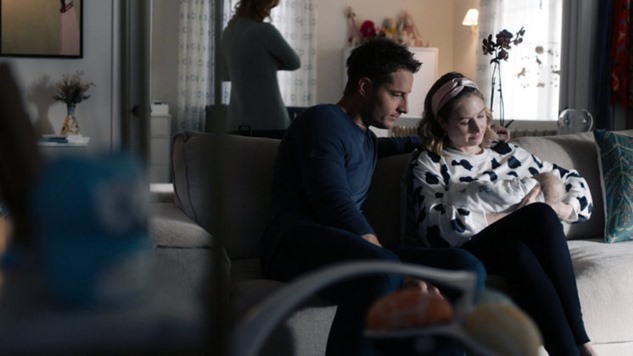 American indie rock/indie folk singer Kurt Vile’s ‘How Lucky’ (feat. John Prine) was one of the tracks played on the latest episode of the drama series This Is Us last night — This Is Us, Season 5, Episode 10, “I’ve Got This“.

The song was played during the baby montage.


Kurt Vile’s ‘How Lucky‘ is from his latest EP Speed, Sound, Lonely KV, which was released in 2020 via Vile’s usual record label Matador Records.

The song charted at #17 on the Adult Alternative Airplay chart.

The recording and release of ‘How Lucky‘, and his collab with John Prine, was probably a big deal for Vile at the time, as he has always named Prine as one of his biggest musical influences.

The track was not Vile’s first licensed song for a hit TV show, however, as his work has also been featured on shows like Shameless, Revenge, 9-1-1: Lone Star, Nashville (many times),  Transparent (several times), The Blacklist, Kingdom and Catfish: The TV Show.

Listen to Kurt Vile’s ‘How Lucky‘ (feat. the iconic John Prine) in the video and on his latest EP below.

There is also a fabulous live performance the two singers gave of the song at the Grand Ole Opry for New Year’s 2020 to a very appreciative audience that you should also watch.

Season 5 of This Is Us is currently airing on NBC. You will find many more songs from the series on Leo Sigh too.