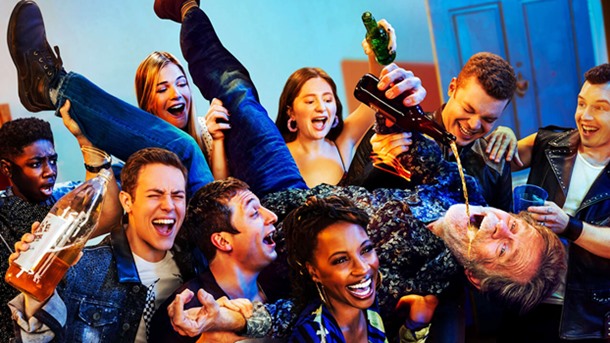 Lady GaGa and Ariana Grande’s ‘Rain On Me‘ was licensed for play on the latest episode of Shameless this week — Shameless, Season 11, Episode 7, “Two at a Biker Bar, One in the Lake” — which aired on March 7th, 2021.

The dance pop disco song was played as Mickey and Ian are at their gay friend’s party and watching the dancing.


Lady GaGa and Ariana Grande‘s ‘Rain On Me‘ was released in May, 2020 as the second single from her sixth studio album Chromatica.

The track was both a huge commercial and critical success for the two American singers, making it to number 1 in Scotland, Singapore, Canada, Croatia, Slovenia, Hungary, Greece, Ireland, Israel, North Macedonia, Malta, Latvia, and the UK, as well as on four different charts in the U.S.

The song also charted high up in another 46 countries, making it one of the most successful songs of the year.

‘Rain On Me‘ was also one of the most certified songs of 2020, being certified Gold, Platinum or 2 x Platinum in 14 countries, including the UK and the U.S.

The song also spawned a fun official music video featuring GaGa and Grande dancing in the rain in a huge arena, with daggers falling from the sky.

The video was nominated for a slew of awards, eventually winning three MTV awards, and with the song still being in contention for a Grammy Award for Best Pop Duo/Group Performance later on this year.

Listen to Lady GaGa and Ariane Grande’s ‘Rain On Me‘ as heard on Shameless last night in that official music video and on GaGa’s newest album Chromatica below.