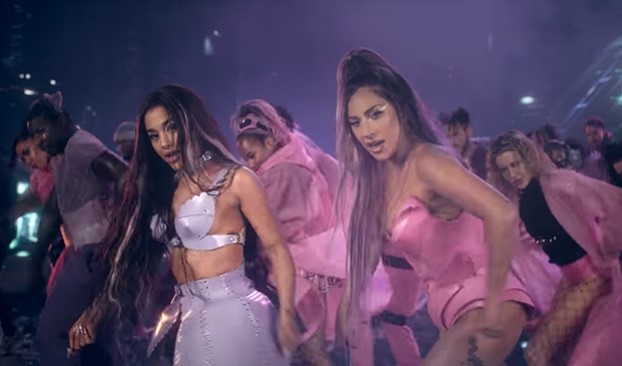 It is just one of several appearances the song has made on popular TV shows in the last few months, also showing up on Shameless, America’s Got Talent, Love Island and Dancing with the Stars.

Lady Gaga and Ariana Grande’s ‘Rain On Me‘ was released by two of the biggest superstars in America today via Gaga’s sixth studio album, Chromatica early last year.

And, while it was great that two such powerful women got together to write and record a dance track, musically, the song itself is one of the blandest songs Gaga and Grande have ever released.

Where it does make up for some of its dullness, though is in the official music video, which features both Gaga and Grande out with their individual backing dancers performing high-energy dance moves in the rain, and looking damn sexy and cool while they do it.

Mid-way through the video, they meet up and dance the rest of the song together.

Listen to Lady Gaga and Ariana Grande’s ‘Rain On Me‘ as heard on Supergirl in that music video and on Gaga’s Chromatica album.

It is a song that was a huge worldwide hit for the two women, hitting the #1 spot in many different countries, and winning the two icons a Grammy Award for Best Pop Duo/Group Performance.

Yep, it’s still boring, but the women reaped major benefits from it so, eh, good for them.