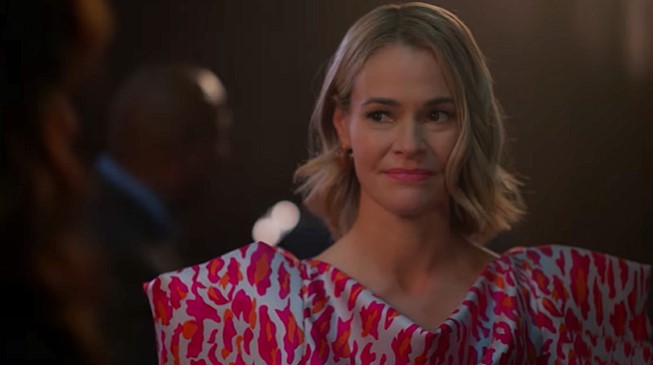 The song is from the fabulous New Zealand singer songwriter Ladyhawke (aka Pip Brown) in collaboration with fellow New Zealander’s BROODS.


Ladyhawke and BROODS’ lead vocalist Georgia Nott also briefly appear in the song’s official music video as the adult versions of the high school girls whose coming rebellion against ‘acceptable norms’ we see throughout.

The video itself extols the virtues of being yourself, fighting against mandates that don’t suit who you are and, of course, loving who you want to love no matter what other people say or think.

And isn’t that the way love should always be?

Ladyhawke and BROOD’s ‘Guilty Love‘ was a superb addition to last night’s The L Word: Q Generation soundtrack as, not only is the song an addictively high-energy banger, but it also comes from a queer musician herself (Ladyhawke).

And I love that the music supervisors of The L Word are supporting so many musicians who, not even that long ago, would not have dared to be as open about their sexuality as they now can.

Listen to Ladyhawke and BROODS’ ‘Guilty Love‘ in the song’s very cool music video, and on the Spotify playlist below.