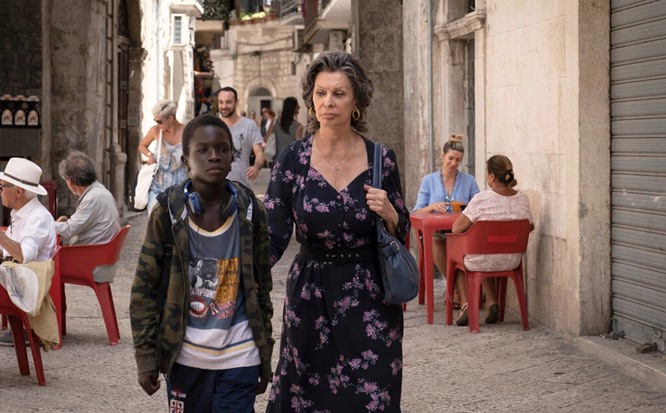 While Italian singer songwriter Laura Pausini provided many of the tracks for the recently released Sophia Loren film The Life Ahead (aka La Vita Davante a sé), it was Pausini’s ‘lo si (Seen)‘ that stood out for me.

The song is not only beautiful but its message incredibly touching. A message that in this currently fucked up world we need.


The Life Ahead was directed by Sophia Loren’s son Edoardo Ponti, and is the first movie Loren has made in over 10 years.

On why she chose to make this film and not any of the other movies whose scripts she was sent over the years, Loren told the New York Times:

I still get sent many scripts, but none spoke to me like “The Life Ahead” did. That’s why I didn’t work for almost 10 years. I wanted to find a role that really inspired and challenged me. Madame Rosa was that character, not only for her different and sometimes opposing emotions, but also for the message of tolerance, love and inclusion that the film expresses.

The Life Ahead is based on Romain Gary’s novel The Life Before Us and tells the story of an elderly woman who comes across a Senegalese street orphan (played by Ibrahima Gueye) when he tries to rob her.

The encounter ultimately ends with Loren (Madame Rosa) agreeing to take care of him, and the trials and tribulations that ensue for both of them because of that. (article continues below…) 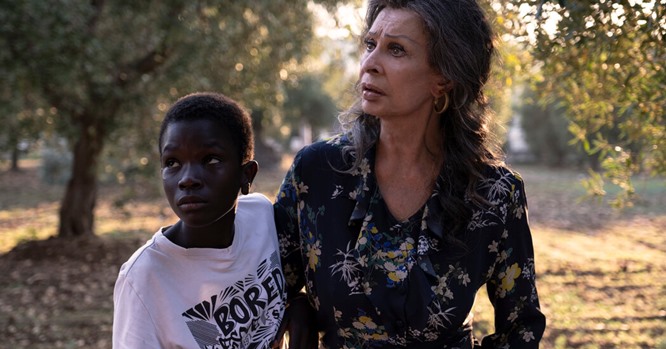 The phenomenally successful and loved Italian singer Laura Pausini’s ‘lo si (Seen) is one of the musical standouts of the The Life Ahead.

The lyrics of the song fit the film’s message beautifully:

When you feel like no one understands you
I will, I will
When you think no love can ever heal you
Mine will, mine will

The music video for the song is just as powerful, with some of Sophia Loren and Ibrahima Gueye’s scenes from The Life Ahead interspersed with various women who would likely be seen by many to be ‘out of the norm’ lip syncing to the song along with Pausini herself.

The video ends with Loren herself.

Listen to Laura Pausini’s ‘lo si (Seen) in that official music video below, and in the Spotify player on the 5-track EP from the film. It also includes an English version of ‘lo si (Seen)‘.

The Life Ahead itself is a gorgeously heart-warming and touching movie, with superb performances by both Loren and Gueye, as well as the other actors in the film, and the story is lovely.

The film is currently streaming on Netflix.