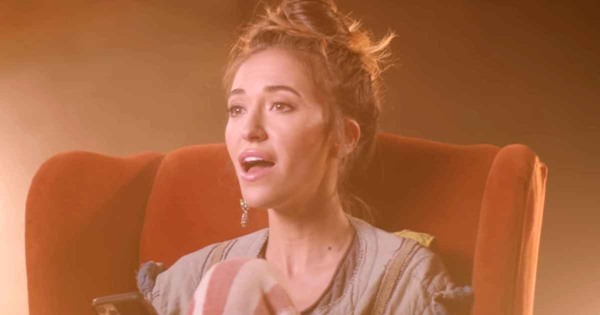 The emotionally powerful song was heard as the 118 are fighting the fire.

Lauren Daigle’s ‘Hold On To Me‘ was released in early 2020, and went on to be nominated for the Pop/Contemporary Recorded Song of the Year award at the GMA Dove Awards.

The song reached #1 on the Hot Christian Songs chart, and was revealed by Daigle to be the first step in a new project she is currently working on.

It also charted high in Canada and the United Kingdom.

Daigle herself performed the song live on the NBC’s reality show The Voice during the season finale, giving it even more of a boost in sales.

Listen to Lauren Daigle’s ‘Hold On To Me‘ as heard on last night’s 9-1-1  in the music player below.

‘Hold On To Me‘ also has an official music video Daigle released a month after the single release.

The video for this gorgeous song features the singer performing the song while inserts of events — both good and bag — in other people’s lives are shown.