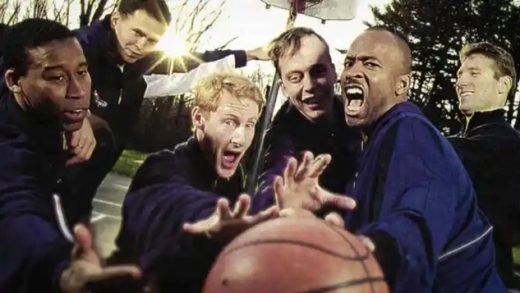 The latest in the Untold movie franchise was released on Netflix this week — Untold: The Rise and Fall of AND1 — the story of the rise and fall of the sporting goods brand AND1.


Lee Hazlewood’s ‘Your Sweet Love‘ was released in 1966 on the singer’s The Very Special World of Lee Hazlewood album, and was one of several hits Hazlewood had in the mid-1960s to early 1970s.

The song’s lyrics talk about a man who is hit on by other women but, instead of having an affair with them, he remembers the person he loves and her love gets him through.

Hazlewood himself composed the music and wrote the song’s lyrics.

Listen to Lee Hazlewood’s ‘Your Sweet Love‘ from this week’s Untold: The Rise and Fall of AND1 on his The Very Special World of Lee Hazlewood album, and in the video.

Watch Untold: The Rise and Fall of AND1 on Netflix.