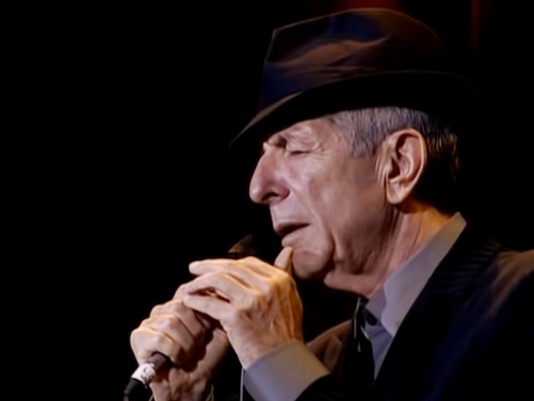 The song was heard as Wyatt and Rosa are discussing all the problems they are facing.

The now late Leonard Cohen‘s ‘Anthem‘ was released back in 1992 on the singer’s ninth studio album The Future, and is a song that, while it initially sounds somber and depressing, it is actually a track that is upbeat and positive as it talks about the beauty of “the crack where the light gets in”.

A need to find that imperfect place in everything that seems to be perfect, but isn’t, because the imperfection is the real beauty. In things, it makes us see the beauty in the perfect even more, and in people it makes us human and not gods.

Or, as Cohen himself explained about the song:

Cohen’s ‘Anthem‘ is a song that sounds beautiful when listening to it due to his gorgeous voice, but is even more beautiful when you realize the meaning behind it.

Listen to Leonard Cohen’s ‘Anthem‘ as heard on Roswell, New Mexico down below, and then stop living your life trying to achieve perfection, as perfection does not exist and, even if it did, it isn’t what is truly beautiful.

Do also watch the video of Cohen performing ‘Anthem‘ live in London way down below as well. Because that is lovely.