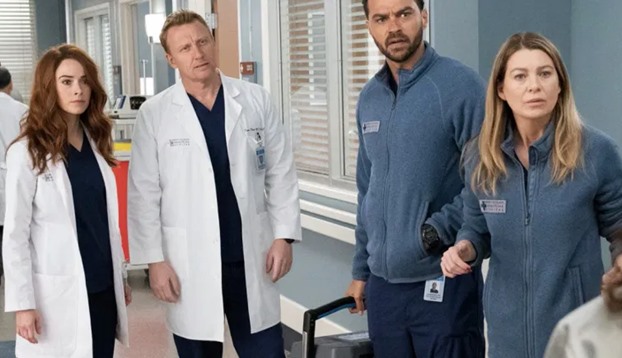 A series that has disintegrated into mediocrity and unwatchability this season, what with its endless obsession with Covid, Meredith’s eternal dreariness and the death of Dr. DeLuca. (There are times when a formerly excellent show should cut its losses and end. That event should have taken place for Grey’s Anatomy at least two seasons ago as, other than the still superb music used on each episode’s soundtrack, nowadays it has little left to offer).


Lianne Le Havas’ ‘Paper Thin‘ is from the singer songwriter’s self-titled third studio album, which was released in 2020 via Warner Records UK.

An album whose songs cover the life of a relationship right from its happy start to its ending.

The album charted in 10 countries, with its highest placing in the UK and Hungary at #7 on those countries’ charts.

The song also came with an official and quite artistic music video, which was filmed by Le Havas inside and outside her home during one of the world’s endless Covid lockdowns.

Listen to Lianne La Havas’ ‘Paper Thin‘ as heard on Grey’s Anatomy in both that official video and on the British artist’s newest album.

Grey’s Anatomy is currently airing on ABC. If you haven’t yet had enough of Covid-19, it’s the show to watch.