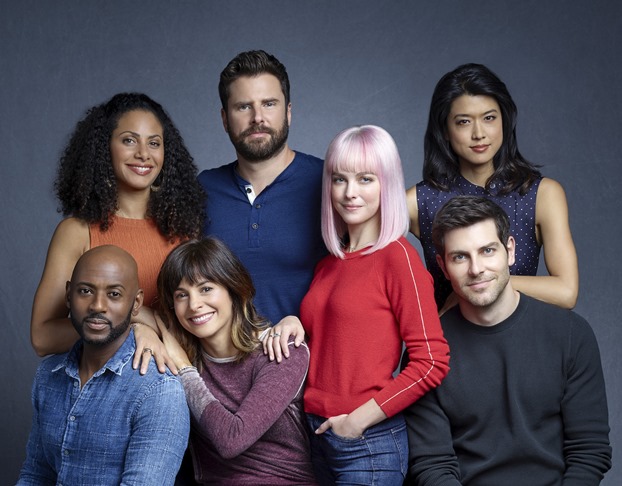 The devastatingly sad track was played during the montage as Maggie tells Sophie what Leyla’s father said to him, as Maggie assures Sophie, and as Theo gives Eddie the guitar.

Linkin Park’s ‘One More Light‘ is the third single from the band’s album of the same name.

The album was the band’s seventh studio album, and was released in May, 2017.

Although not a huge critical success for Linkin Park, One More Light was a big commercial success for the rock band, making it to #1 in seven countries, including at the top spot on three different charts in the United States.

Sadly, however, the band’s lead singer Chester Bennington committed suicide just two months after the album’s release, making it the last album the band released featuring the founding member. (continue reading below and listen to Linkin Park’s ‘One More Light‘ after the promo below…)

After his death, Linkin Park took a three-year hiatus, only returning to record new music when they released a cover of 100 Gecs’ ‘One Step Closer‘ earlier this year.

According to bassist Dave Farrell, however, they are also now writing and recording new music.

Listen to Linkin Park’s ‘One More Light‘ as heard on A Million Little Things on the band’s official music video for the song.

The video was released two months after Chester Bennington’s death, with band co-founder and lead vocalist Mike Shinoda saying about its creation:

‘One More Light’ was written with the intention of sending love to those who lost someone. We now find ourselves on the receiving end. In memorial events, art, videos, and images, fans all over the world have gravitated towards this song as their declaration of love and support for the band and the memory of our dear friend, Chester.

We are so very grateful and can’t wait to see you again.”