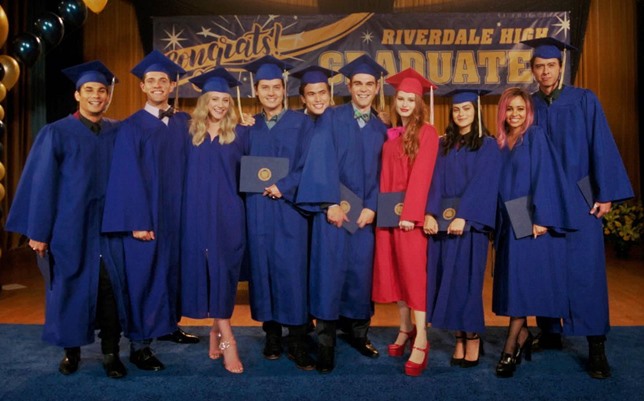 Has anyone else noticed there have been some amazing R&B songs from the 1950s and 60s showing up on hit TV shows recently?

Songs that have been largely forgotten by many.

Songs like Little Leo’s ‘Handwriting on the Wall‘, which was played on the teen drama Riverdale last night — Riverdale, Season 5, Episode 4, “Purgatory“. (the episode aired on February 10, 2021).

Little Leo’s ‘Handwriting on the Wall‘ was released some time in the 1950s but, even with the Internet seemingly providing information about anything you could ever want to know, there is little to find out about Little Leo.

What we do know is Little Leo was Little Leo Price, the brother of Lloyd Price known for the song “Lawdy Miss Clawdy”.

He was a drummer and, among other song credits, he co-wrote the iconic song ‘Send Me Some Lovin‘, which was released by both Little Richard and Sam Cooke.

Little Leo also released a few singles himself, notably ‘Handwriting on the Wall‘, ‘Teenie Weenie Bee‘ and ‘What’s It All About‘. Songs that are still playable on Spotify today and that occasionally show up on compilation albums of 1950s songs.

After that, Little Leo seems to have sadly disappeared back into obscurity.

Listen to Little Leo’s ‘Handwriting on the Wall‘ as heard on Riverdale in the video below, and mourn that, for someone that talented, his music is the only thing that seems to have lived on.