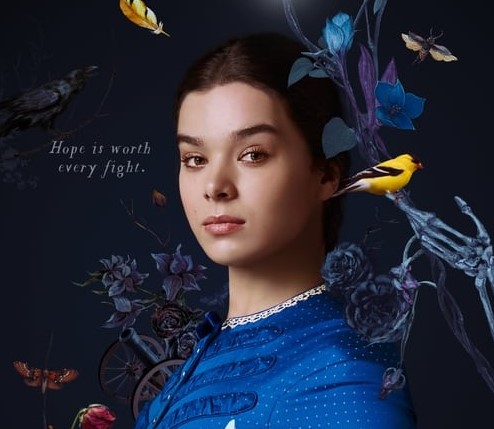 British-Nigerian rapper Little Simz’ ‘Introvert‘ was one of the superb songs played on the new season of Dickinson last night — Dickinson, Season 3, Episode 1, “”Hope” is the thing with feathers“.

The track was played during the episode’s opening scenes.

Little Simz’ ‘Introvert’ is from the rapper’s fourth studio album Sometimes I Might Be Introvert, which was released this year via the Age 101 Music and AWAL labels.

It went on to chart in a total of 11 countries, including the UK and the United States, becoming Little Simz’ biggest success to date.

Little Simz’ ‘Introvert also has an official music video that starts with footage of protests during the civil rights movement, then moves into London’s Natural History Museum where the singer (real name Simbi Ajikawo) raps.

Listen to Little Simz’ ‘Introvert from last night’s Dickinson in that music video, and on her Sometimes I Might Be Introvert album.

Again Dickinson, with its new season’s backdrop the U.S. Civil War, introduces superb contemporary music that only seems to strengthen its period drama as it illustrates, no matter the year and no matter the events we were/are living through, we all basically have the same wants, dreams and feelings.

Season 3 of Dickinson is currently streaming on Apple TV+.