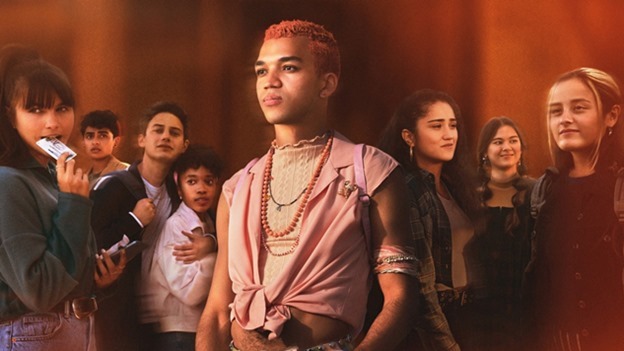 The track was played as Chester picks Riley up and during the ending titles.


London Grammar’s ‘Strong‘ is the third single from the band’s debut studio album If You Wait, which was released in September, 2013.

The 11-track album is still one of the band’s biggest successes so far, making it to #2 on the UK Albums Chart and charting in a total of 16 countries.

It was also certified Gold or Platinum in Germany, Australia, Denmark, Belgium and the UK.

‘Strong‘ came with a music video featuring a father carrying his daughter to an abandoned plot of land, where he then dons a fire-proof suit and helmet.

After attaching fireworks to the suit, he sets them alight to give his daughter the world’s best pyrotechnic display.

Listen to London Grammar’s ‘Strong‘ as heard on last night’s Genera+ion in that official music video and on the band’s If You Wait album.