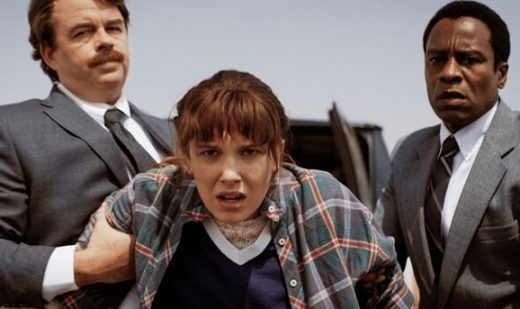 The second part of Stranger Things Season 4 hit Netflix today and, as you might expect, it is one of the most popular shows in the world at the moment.

That song was playing as the Pizzamobile is driving through the desert.

Lone Ranger’s ‘Natty Dread on the Go‘ was released on the reggae artist’s debut studio album On The Other Side Of Dub in 1977 via the Studio One label.

Listen to Lone Ranger’s ‘Natty Dread on the Go’ from the latest Stranger Things episodes in the video and on the Studio One compilation album below.

And, of course, check out more music from the superb Stranger Things series on Leo Sigh.