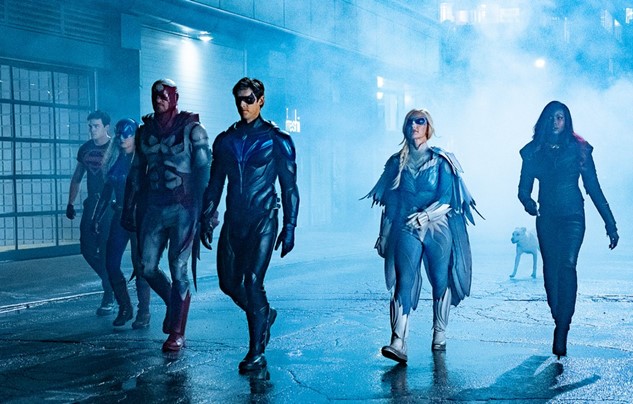 Los Angeles-based indie rock band Lord Huron’s ‘Meet Me in the Woods‘ was one of the songs played on the new season of the HBO Max superhero series Titans last night — Titans, Season 3, Episode 1, “Barbara Gordon“. The episode aired on August 12th, 2021.

‘Meet Me in the Woods‘ was the song playing as Dick goes back to Wayne Mansion.

Lord Huron’s ‘Meet Me in the Woods’ is from the band’s second album Strange Trails, which was released via the PIAS Recordings and IamSound record labels in early 2015.

Like all the tracks on the album, it was written by lead singer and guitarist Ben Schneider.

The song with its earworm pop rock melody was mentioned by Under the Radar as the best track on the album. An album that received positive reviews from most critics, and that charted in the United States, Belgium, Canada and the UK.

The members of Lord Huron themselves combine folk, pop, rock and country western music into a dreamy, addictive sound that sticks in your head long after playing.

Listen to Lord Huron’s ‘Meet Me in the Woods’ as heard on last night’s Titans on the band’s Strange Trails album and in the YouTube video.