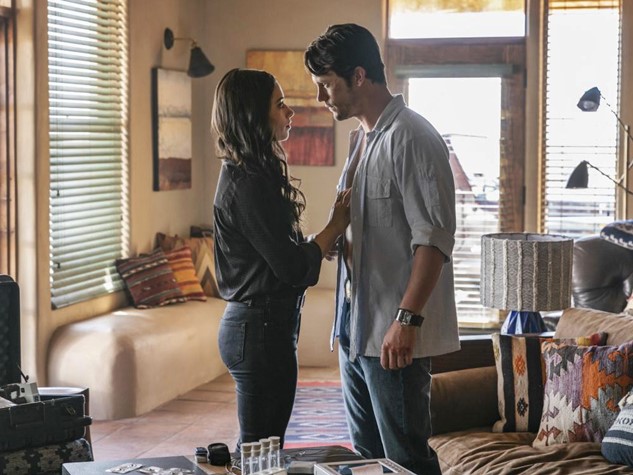 The song was played as we see Liz and Max bump into each other at the Crashdown and talk about what has happened to them recently.

Lord Huron’s ‘The Night We Met‘ is from the band’s sophomore studio album Strange Trails, which was released in 2015 via the Iamsound and PIAS Recordings record labels.

It also charted in Canada, the United Kingdom and Belgium.

The album itself comprises one lush song after another, all of which are haunting in their own way. Leading music critics to praise it as a standout release of the year.

Listen to Lord Huron’s ‘The Night We Met‘ as heard on Roswell, New Mexico in the video below, and on the band’s Strange Trails album.

The band currently has four studio albums out, the latest releasing earlier this year, and all a must listen to for any folk rock fan.

You’ll find them all on Spotify.