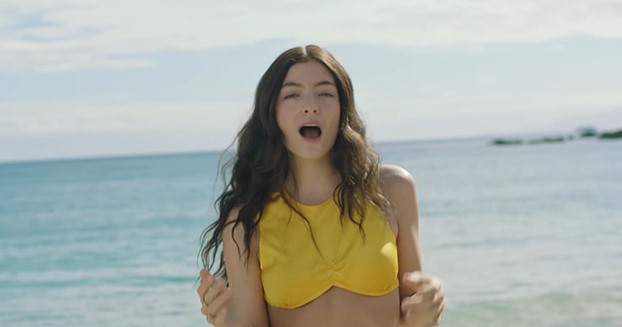 The indie folk track was heard playing as Julien is sitting with Zoya.

Lorde’s ‘Solar Power‘ is the title track from the New Zealand singer’s upcoming third studio album, which is due to be released on August 20th.

In other words, it looks like Lorde’s record label, Universal Records, has done a good job of pushing her music for sale to hit TV series so, not only will she get paid for the songs they use on their soundtracks, but her upcoming album will also receive free publicity.

Lorde’s ‘Solar Power’ single was released in June as the lead single from the album.

The guitar-laden song was written by Lorde and Jack Antonoff, and also came with an official music video that currently has almost 20 million views on YouTube (watch below).

The video features the singer on a beach singing about how she hates winter cold, but loves the warmth of the sun. She is then joined by a group of friends who play games, dance and take group shots.

Honestly, Lorde’s ‘Solar Power‘ is so much bland but, hey, some people obviously like it.

Listen to ‘Solar Power‘ as heard on last night’s Gossip Girl in the track’s music video and on Spotify.