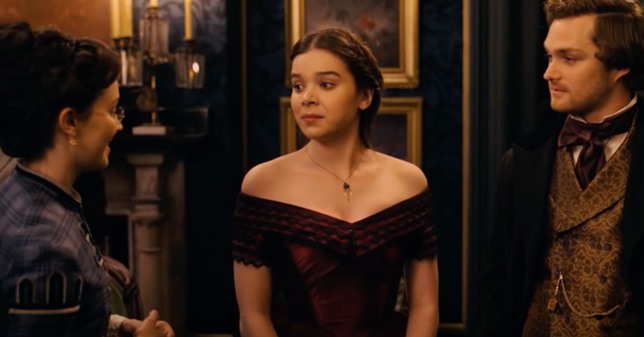 R&B, pop and electro pop singer songwriter Lostboycrow’s ‘Devil’s in the Backseat‘ was one of several superb songs played on the new episode of the Apple TV + series Dickinson last night — Dickinson, Season 2, Episode 5, “Forbidden Fruit a flavor has“. (aired on January 22nd, 2021).

The track was heard playing at the end of the episode as Emily is thinking about an intimate moment with Sam.

Lostboycrow’s ‘Devil’s in the Backseat‘ is a single that was released by the artist in 2017 via Real Name Productions, and is one of a number of singles Lostboycrow has released since late 2014.

In 2019, after more than five years as a professional musician, Lostboycrow finally released his 13-track debut album — Santa Fe — via Real Name Records. (Well, second full-length album if you count the three EPs that sort of ‘became’ an album).

Listen to Lostboycrow’s ‘Devil’s in the Backseat‘ as heard on last night’s Dickinson in the video and music player below.

The latest season of Dickinson is now streaming on Apple TV +.