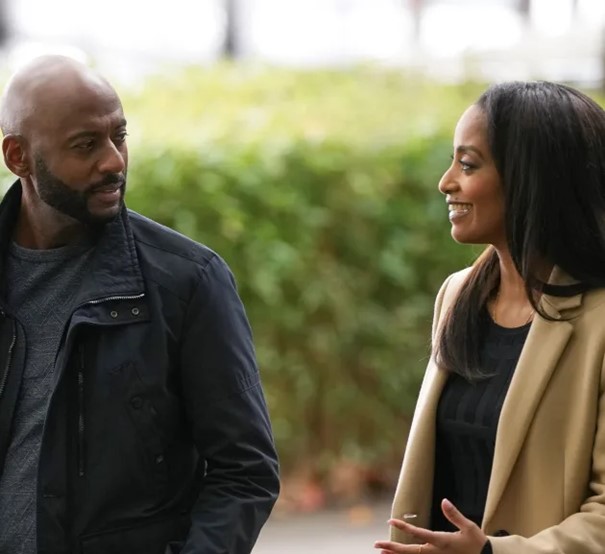 The song was heard as Rome and Regina unite, and as Camden and Maggie are talking.

Louis Armstrong’s ‘A Kiss to Build a Dream On‘ was recorded in 1951, it became one of the most popular versions of the Kalmar, Ruby and Hammerstein song, although many other versions have been recorded by other artists since.

It is also often Armstrong’s version of the song that has been featured on other TV series besides A Million Little Things, including Men in Trees, Gilmore Girls, Sex Education, Northern Exposure and Brothers and Sisters, as well as in movies like Sleepless in Seattle.

Listen to Louis Armstrong’s ‘A Kiss to Build a Dream On‘  from last night’s A Million Little Things on the video and on the Spotify player.