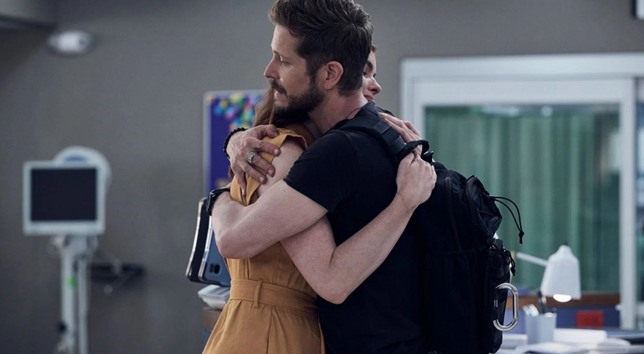 It was heard during the montage where AJ and Leela give food to Padma, Cade goes to Conrad’s and Conrad is making a call.


Louis the Child’s ‘La La La (Everything’s Okay)‘, which was written by the music group, is from the duo’s debut studio album Here for Now.

That album came out in 2020 via the Interscope Records.

Here for Now is an album that did quite well in the U.S., charting high on both the Billboard Heatseekers Albums chart, and on the Top Dance/Electronic Albums chart, although it didn’t grab the attention of music critics as it should have done.

Louis the Child (aka Robby Hauldren and Frederic J. Kennett) was founded in 2013 and, although they both went to the same high school, they actually met at a concert.

After deciding to pair up and create music together under the name Louis the Child (named after the famous European king), they first grabbed music critics’ attention when they released their ‘It’s Strange‘ single in 2015.

Since then, the electro pop duo has released a full-length album, five EPs, a mixtape and almost 30 singles — many of which have charted high up U.S. dance charts.

Listen to Louis the Child’s ‘La La La (Everything’s Okay)‘ from last night’s The Resident in the video, and on the deluxe version of the duo’s Here For Now album.

The song itself is lovely and mellow, and one of those that makes you want to dreamily dance around your living room, eyes closed, and happy in the knowledge that, yep, everything really will be okay.

Watch the latest season of The Resident on Fox, listen to many more songs from The Resident here on Leo Sigh, and follow Louis the Child on YouTube.