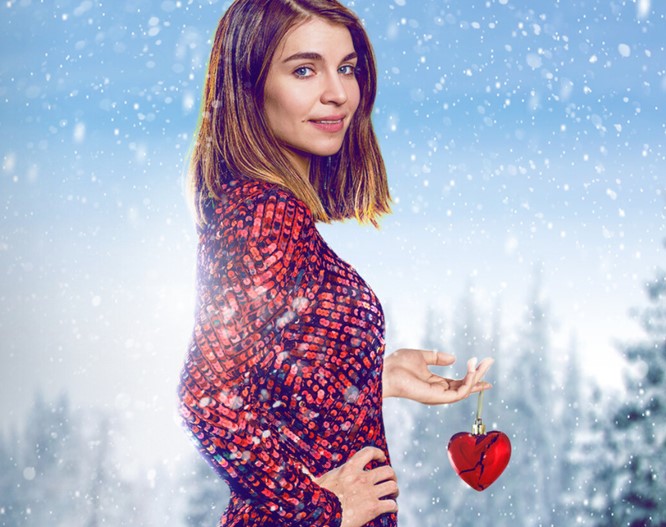 The second season of the Norwegian comedy series Home for Christmas (aka Hjem til jul) released on Netflix yesterday (December 18th, 2020). The season begins with the person arriving at Johanne’s door finally being revealed (yes, it was a loooooong wait).

It also began with a couple of excellent songs appearing on the show’s first episode, including Swedish singer songwriter LOVA’s ‘Lonely Ones‘ — that utterly gorgeous song that was playing as Johanne arrives home to see Raul proposing to her friend — Home for Christmas, Season 2, Episode 1, “Elsker, elsker ikke“.

LOVA’s ‘Lonely Ones‘ was released earlier this year as a standalone single.

It is such a heart-wrenching song because, as LOVA sings about the lonely ones “the boy who can’t stop crying, the girl who gave up trying“, there is no real solution offered.

Just that she knows how they feel, because she has been there too. (And honestly, haven’t we all?)

Listening to LOVA’s voice on ‘Lonely Ones‘, it is easy to see why this young Swedish singer has been getting such a lot of attention in the last couple of years.

Her vocals are ethereally beautiful, the song has an instantly addictive melody and her lyrics hit you right in the heart.

The song itself is also one of those you listen to once, and then find yourself listening to again and again because the something gut-wrenchingly sad in her voice and in the song’s message captures you.

As for LOVA, she is a relative newcomer to the Swedish music scene having released her debut EP Scripted Reality in 2018, followed by her second EP A Gentleman’s Guide a year later.

In 2020, the Year of Hell for most artists, LOVA has still managed to release several singles, including this latest ‘Lonely Ones‘.

In the last couple of years, the Swedish singer has also been named one of YouTube’s Artists To Watch, and been nominated for Sweden’s equivalent of a Grammy Award as Best New Artist.

Listen to LOVA’s beautiful song ‘Lonely Ones‘ in both the video and Spotify player below, and then keep your eye on her as, yes, she is most definitely someone to watch.

Meanwhile, the second season of the Norwegian comedy-drama series Home for Christmas is currently streaming on Netflix.