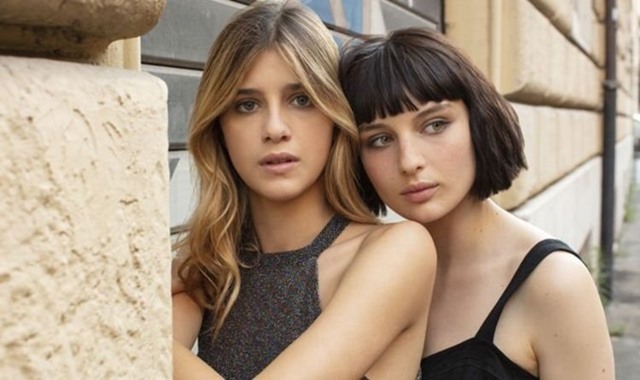 If you are an aficionado of funky music from the 1970s and 80s, you are going to love the new episode of the hit Italian teen drama Baby as it features that fabulous 1981 hit from Italian singer Lu Columbo ‘Maracaibo‘ — Baby, Season 3, Episode 1, “San Valentino“.

Lu Columbo’s ‘Maracaibo‘ was released by the Milan native in 1981.

The song was such a big hit, she has released several other versions of the song over the years since including a dance version, an A&M extended version, a cult version and even a Cuban traditional version of the track.

Columbo has also released other music over the years, but nothing has been as successful for her as ‘Maracaibo‘, which to some extent made her a one-hit wonder.

The third season of the Netflix series Baby is the final season, and is currently airing on the streaming service. It stars Benedetta Porcaroli in the lead role of Chiara, and Alice Pagani as her best friend. Girls who turn to high-end prostitution to make the money they so desperately want to have.

Listen to Lu Columbo’s ‘Maracaibo’ from Baby in the video below. You can also hear the new versions of the song she has released since in the Spotify collection below that.