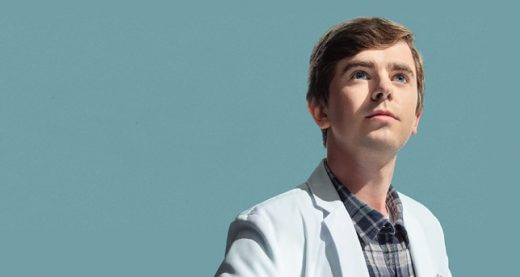 American indie pop band Lucius’ ‘Until We Get There‘ was that opening song playing on the soundtrack of The Good Doctor this week — The Good Doctor, Season 5, Episode 2, “Change of Perspective” — as Lim is heading to work and Glassman puts his back out.

The song is from the indie band’s second studio album Wildewoman, which came out in October, 2013 via the PIAS, Mom + Pop, and Dine Alone record labels.


The album, which features a plethora of different music styles, was a moderate success for the Los Angeles-based pop band, making it to #150 on the Billboard 200 chart, and to #5 on the Billboard Top Heatseekers chart.

Wildewoman was also well-received by numerous music critics, to the extent that it appeared on several critics’ Best… year end lists.

Lucius itself was founded in 2007 by singers Jess Wolfe and Holly Laessig.

They were soon joined by drummer Dan Molad, and guitarist Peter Lalish. Bassist Andrew Burri also joined the band at the same time, but left in 2016.

Nowadays, Lucius is a four-person band.

Listen to Lucius’ ‘Until We Get There‘ as heard on The Good Doctor last night via the band’s Wildewoman album, and in the video.

Watch the latest season of The Good Doctor on ABC.