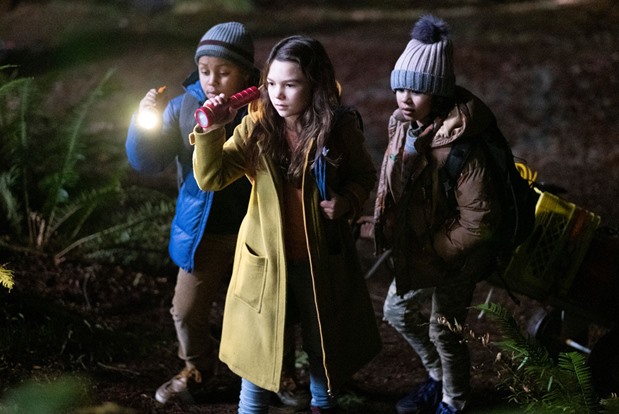 The track was played as Hilde and her friends send a text message to the entire student body about the walkout, and as we see students checking their phones and then agreeing to attend.

Lucy Dacus’ ‘Dancing in the Dark‘ was released in 2019 on the singer’s seven-track EP 2019 via the Matador record label.

The cool track still has the same driving beat similar to the Springsteen rock classic, but has a much sweeter and more mellow sound.

Listen to Lucy Dacus’ ‘Dancing in the Dark‘ as heard on last night’s Home Before Dark in the video, and on her 2019 EP.

Home Before Dark is currently airing on Apple TV+.