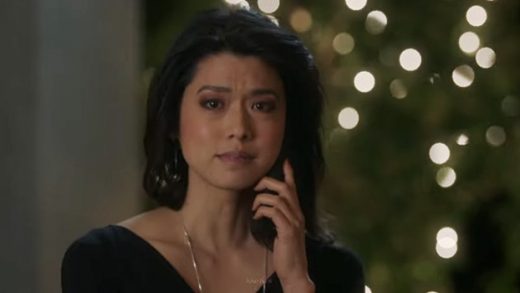 The song itself is one of those gentle tracks with an almost melancholic melody and beat that quickly slides its way into your head.


Especially as Lùisa’s rich, deep, husky vocals on this are so damned lovely.

And, I must admit, I wasn’t familiar with Lùisa before I heard ‘Vision‘ on A Million Little Things.

Something that is actually surprising as, because I live in Austria, I’m familiar with a lot of German artists I wouldn’t necessarily hear if I lived elsewhere.

Weirdly, Lùisa wasn’t one of them until yesterday.

Related: Lizzy Green’s cover of ‘I Melt with You’ on A Million Little Things last night was so cool

And I say weirdly as, if ‘Vision‘ is the kind of song Lùisa releases, I’ll definitely be paying attention to her from now on, as this thing is bloody beautiful.

‘Vision‘, by the way, was released in 2015 on the singer’s Never Own album, which came out via Nettwerk Music. And it’s an album with several other tracks just as lovely as this one.

Listen to Lùisa’s ‘Vision‘ as heard on last night’s A Million Little Things on the song’s music video, and on the Spotify player.

Keep up-to-date with the German singer’s goings-on via her official website.