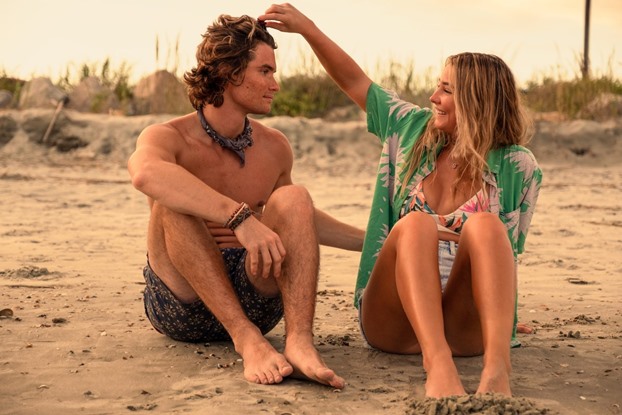 Now it’s not every day you hear music from a Mongolian musician — not unless you live in Mongolia, or are Mongolian yourself.

So, I was delighted to hear a track on the Netflix series Outer Banks this week from Mongolian musician Magnolian (aka singer songwriter Bayasgalan Dulguun)

The track is indie folk artist Magnolian’s ‘The Bride & The Bachelor‘ (featuring fellow Mongolian singer Tselmuun), and it was played during the scene when Sarah and Topper are on the boat talking.

Magnolian’s ‘The Bride & The Bachelor‘ is from the musician’s debut studio album Famous Men, which was released in 2016 via the Hi-Fi Media Group record label.

It comes with an official music video featuring the singer, Tselmuun and a backing band playing the track out in the wilds of Mongolia.

Listen to Magnolian’s ‘The Bride & The Bachelor‘ on both the song’s music video below, and on the folk singer’s Famous Men album.

The mellow track is like much of the rest of his Famous Men album — lovely to listen to.

You can also learn more about other songs featured on Outer Banks on Leo Sigh and, of course, follow Magnolian on Spotify.