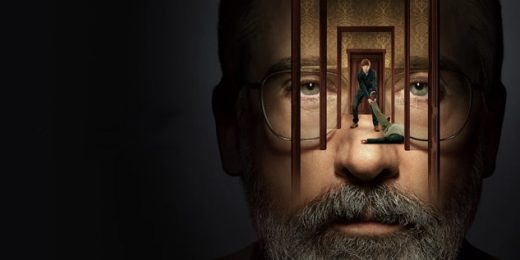 American singer Maren Morris’ ‘Circles Around This Town’ was played on the latest episode of The Patient this week — The Patient, Season 1, Episode 2, “Alan Learns to Meditate“.

Morris’ ‘Circles Around This Town‘ is the lead single from the country pop singer’s third studio album Humble Quest.


It was written about the problems Morris had getting her music noticed, and her career on track to becoming highly successful.

The album came out in January of this year on the Columbia Nashville label, and charted in Canada, New Zealand and the United States.

Maren Morris’ ‘Circles Around This Town‘ music video features the singer in a 1970s style apartment getting ready.

A TV commercial (featuring the voice of Reba McEntire) then begins to play telling her she should be driving around Nashville checking out what it has to offer.

The song begins playing as Morris drives around Nashville singing about her start in the music business, and how she spent a long time doing just that:

A couple bad demos on a burned CDWould take me all the way to TenneesseI showed up to the new apartmentFirst month’s, last month’s, two depositsHadn’t heard the sound of a door slam yetThank god I was an optimist

Listen to Maren Morris’ ‘Circles Around This Town‘ as heard on The Patient last night in that video, and on her latest full-length album Humble Quest.

Watch Season 1 of The Patient on Hulu.