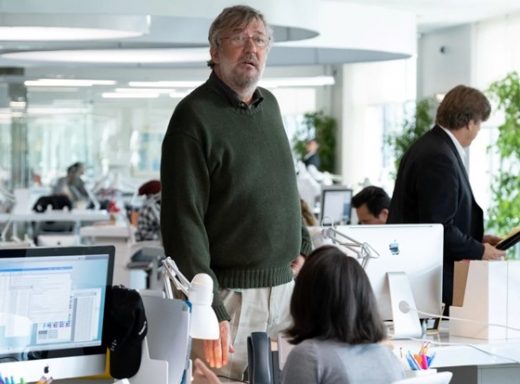 It was an interesting use of Maria Callas’ ‘Tosca: Act II, Vissi d’arte‘ on last night’s episode of the docu-drama miniseries The Dropout — The Dropout, Season 1, Episode 5, “Flower of Life“.

Particularly as it was used to illustrate the tragedy of Ian Gibbons (played by Stephen Fry), and how he was manipulated by Elizabeth Holmes for her own gain.


The Callas track, featuring Giacomo Puccini, the Orchestra del Teatro alla Scala di Milano and Victor de Sabata, is one of Puccini’s most famous arias, and the Callas performance one of its most beautiful.

The operatic aria is sung in the opera by Callas as the character of Floria Tosca, who is singing it to ask why has God abandoned her.

Maria Callas herself, of course, is one of opera’s most iconic singers but, just like the character of Floria Tosca, she is said to have died of a broken heart after shipping magnate Aristotle Onassis left her for Jackie Kennedy.

Listen to Maria Callas’ ‘Tosca: Act II, Vissi d’arte’ as heard on last night’s episode of The Dropout below.

It is a stunningly beautiful piece, and it was lovely to hear it on such a contemporary show.