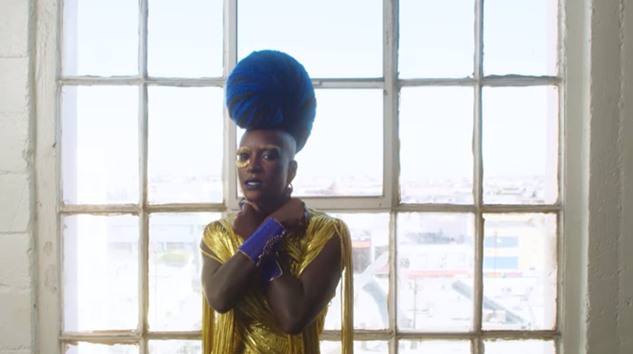 Marieme’s ‘Love Now‘ was released in early 2021 and came with an official music video featuring the singer playing piano in an empty loft, wearing a variety of flamboyant costumes and dancing.

The song was written by Marieme as a way to pass on the message “live your life with love because, if we all did that, we can make the world a better place together”.

The singer herself is also extremely socially active, not only writing songs about important social issues, but also spending much of her time performing concerts to benefit people in Africa, and to call attention to events like World Pride and the promotion of protection for black trans lives.

Listen to Marieme’s gorgeous ‘Love Now‘ as heard on last night’s episode of Grey’s Anatomy in that wonderful music video and on the Spotify player.

You can learn more about the singer on her website.