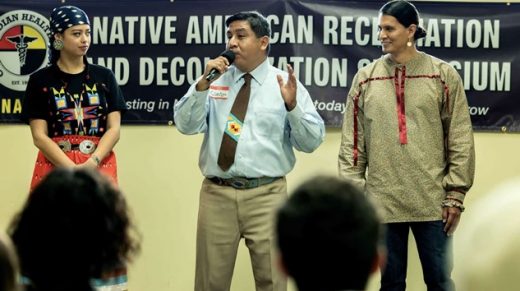 The song was heard playing during the trust walk scene.


Mason Jennings’ ‘California‘ was first released on his eight-track self-titled debut studio album, which the singer self-released in June, 1997.

He played all the instruments on the album himself, and recorded all tracks at home.

Since then, the prolific musician has released 14 more albums, four EPs and two live albums. His latest release is his 15th album Real Heart, which came out earlier this year on the Loosegroove Records label.

Along with Jennings’ music being played on the latest season of Reservation Dogs, his songs have also been licensed for play on hit shows like The Affair (several songs), House M.D., Parenthood and Hawaii Five-O.

Listen to Mason Jennings’ ‘California‘ as heard on Reservation Dogs in the video, and on his debut studio album. You can also listen to more music from the show here on Leo Sigh.

Watch Reservation Dogs via Hulu. The show is currently in the middle of its second season, with no word yet on if it will be renewed for a third.