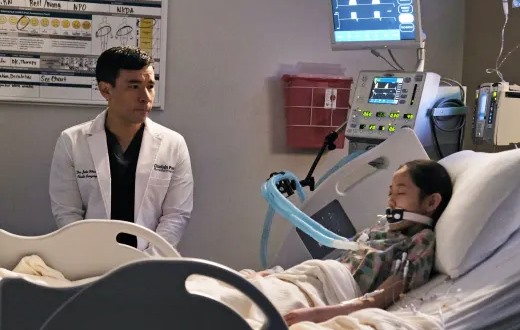 American singer songwriter MAX’s ‘SOS‘ played on the newest episode of the medical drama The Resident last night — The Resident, Season 4, Episode 11, “After the Storm” — which aired on April 27th, 2021.

The cool song was played as AJ is texting with Mina.

MAX’s ‘SOS’ is from the singer’s 12-track third studio album Colour Vision, which was released via Sony Music in September, 2020.

New York native MAX (aka Max Schneider) has been performing music since he was three-years-old and, along with a successful live and recording career, he is also carving out an affluent career for himself providing music for TV show soundtracks.

In recent years, his songs have appeared on shows like Siesta Key, So You Think You Can Dance, Veronica Mars, Shameless, and Love Island (UK).

Listen to MAX’s ‘SOS’ as heard on last night’s The Resident in both the video and on his newest album Colour Vision.

You can learn more about the talented singer songwriter on his official website.