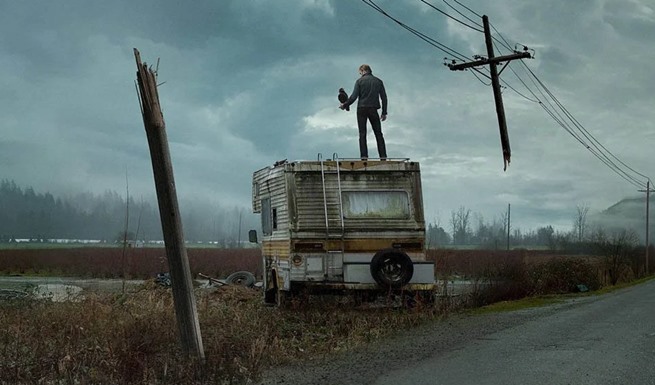 American folk singer Melanie’s ‘Brand New Key’ is one of those songs reminiscent of my childhood. The type of songs most of you have in your memory somewhere as well.

That’s why, when Melanie’s ‘Brand New Key‘ popped up on The Stand, Season 1, Ep. 2, “Pocket Savior” last night, it immediately made me think about holidays with my parents in a caravan somewhere in the wilds of Scotland.

Because that is likely one of the last times I heard the song.

In the UK, it often popped up on the radio for a few years after that. Although, this being the 1970s and people being as ‘fake outraged’ as they often are now, the song was banned from several radio stations in the U.S. and around Europe, as some people read ‘sexual innuendo’ into some of the lyrics. (And doesn’t that say more about their dirty mind then her’s?).

At the time of its release, the track was one of Melanie’s biggest hits charting at #1 in the U.S. on the Billboard Hot 100 chart and on the U.S. Cash Box 100 chart.

The song also made it to the top spot in South Africa, New Zealand, Canada and Australia.

In years previous, Melanie also released other hits like ‘What Have They Done to My Song, Ma‘ and ‘Lay Down (Candles in the Rain)‘.

Known for her almost old-fashioned voice and wavering vocals, the folk singer slowly drifted from major attention in later years.

Up until today, however, Melanie still has a thriving career touring in festivals in the U.S. and Europe, and with occasional appearances on TV shows in Europe.

She has also written and performed in a successful musical about her relationship with her late husband, record producer Peter Schekeryk, called Melanie and the Record Man.

Listen to Melanie’s ‘Brand New Key’ as played on The Stand this week on her 1971 album Gather Me below. There is also a lovely live performance she gave of the song down there too.

The first two episodes of the TV series The Stand, which is based on Stephen King’s novel of the same name, are currently streaming on CBS All Access.