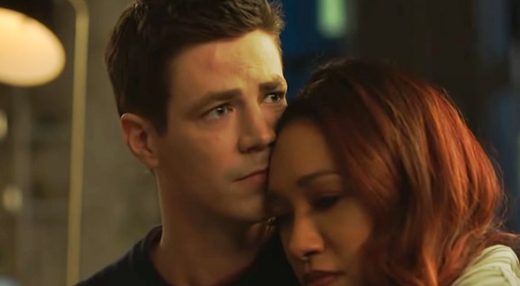 One of the world’s most successful heavy metal bands Metallica’s ‘Ride the Lightning‘ was that banging song that showed up on last night’s The Flash — The Flash, Season 8, Episode 12, “Death Rises“.

The heavily electric guitar-driven song was heard as Barry is trying to ride the lightning so, yep, appropriate, eh?


Metallica’s ‘Ride the Lightning‘ is the title track from the band’s sophomore studio album, which came out in mid-1984 on the Megaforce record label.

The track was never released as a single, but it still became a fan favorite nevertheless.

The album charted at #10 on the U.S. Top Rock Albums chart, as well as charting in 18 countries including the United Kingdom where it made it into the top 100 on the UK Albums chart.

It was also certified 6 x Platinum in the U.S., making it one of Metallica‘s most commercially successful releases.

Listen to Metallica’s ‘Ride the Lightning‘ from last night’s episode of The Flash on the Deluxe/Remastered version of the album, and in the video.

Watch the latest season of The Flash via these channels.