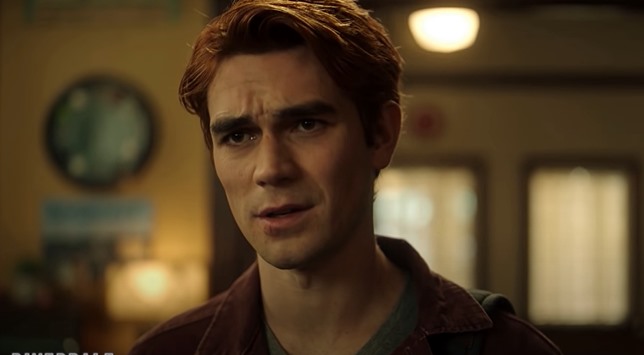 1960s soul, funk, jazz group Mike and the Censations’ Victim of Circumstance, Pt. 1‘ was one of a couple of tracks played on the latest episode of teen drama Riverdale last night — Riverdale, Season 5, Episode 2, “Chapter Seventy-Eight: The Preppy Murders“.

The song was heard playing in the diner as Hermosa is asking Veronica about her problems.

Mike and the Censations’ Victim of Circumstance, Pt. 1′ was first released in 1965 as a self-released single.

The song was recorded and released due to a bet lead vocalist Mike James Kirkland made with his brother Robert.

A bet that said he knew he and he Censations (Kirkland, his brothers Robert and Walter, their sister and her husband) could record and release a song that was just as good as anything that was created through a professional label.

‘Victim of Circumstance‘ was the result.

The song went on to make it into the Top 50 on the R&B chart. (continue reading and listen to Mike and the Censations’ ‘Victim of Circumstance, Pt. 1′ after the promo…)

Listen to Sixpence None The Richer’s ‘Kiss Me’ from Riverdale, Season 5, Episode 1

Sadly though, even though they did record and release a number of superb singles, Mike and the Censations never did release a full-length album. Even after they signed a record deal with MCA.

So all that potential fell by the wayside.

Mike James Kirkland went on to release solo albums under the name Bo Kirkland, but never did hit the big time his talent deserved.

Listen to Mike and the Censations’ ‘Victim of Circumstance, Pt. 1′ as heard on Riverdale in the video below, and check out the trailer for the Riverdale episode below that.