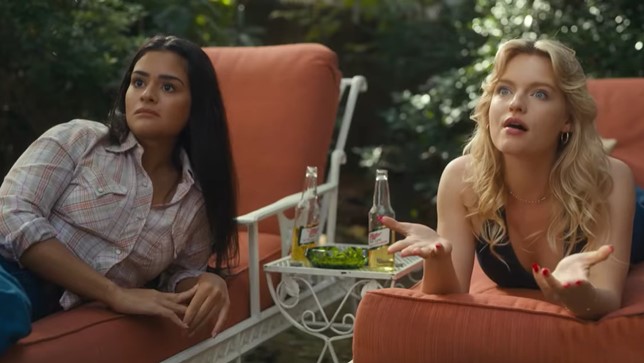 American singer songwriter Minnie Riperton’s ‘Lovin’ You‘ was played on the new episode of the new Epix comedy drama Bridge and Tunnel this week — Bridge and Tunnel, Season 1, Episode 3, “A Perfect Couple” (aired on February 7, 2021).

‘Lovin’ You’ was released in 1974 on the singer’s second studio album Perfect Angel via the Epic record label.

It was co-written by Riperton and her husband songwriter Richard Rudolph, and co-produced by Stevie Wonder and Rudolph.

The track became a huge hit for the Chicago native, catapulting her to the #1 spot on the Billboard Hot 100 chart and to #2 in the United Kingdom.

It also placed well on charts in Canada, Belgium, the Netherlands and New Zealand. A year after its release, it was certified Gold in the U.S. and Silver in the UK.

Sadly for Riperton, she was diagnosed with terminal breast cancer the year after the certifications and died in 1979 at the age of just 31. She left behind her husband and two young children.

Listen to Minnie Riperton’s ‘Lovin’ You‘ as heard on last night’s Bridge and Tunnel in the video of a live performance she gave of the song in 1974.

You can also hear ‘Lovin’ You‘ on the singer’s album Perfect Angel.

Bridge and Tunnel is currently airing on the Epix network.