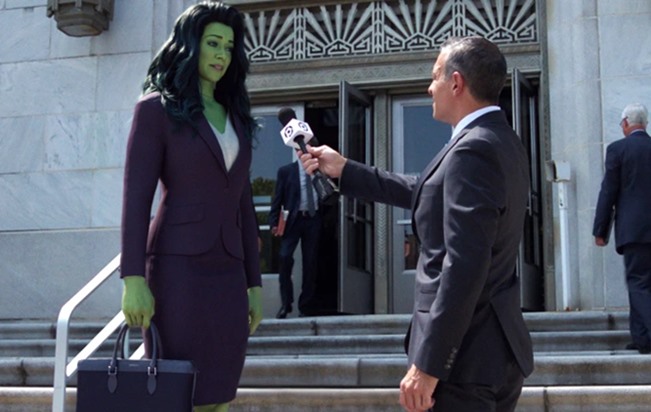 That song was the one playing over the end credits. Now that’s how to end a show right.


Missy Elliot’s ‘We Run This’ was released in 2005 as the third single from the American rapper and singer’s fifth studio album The Cookbook, which came out on the Atlantic Records label.

The track made it to #48 on the Billboard Hot 100 chart, and was eventually nominated for a Grammy Award.

It also charted in five other countries, including the United Kingdom and Australia.

The song spawned a music video featuring a gymnastics coach, and Missy Elliot doing gymnastics herself. Something that didn’t end too well for the singer, as she was injured during the video’s filming.

‘We Run This‘ gained even more popularity after it was used as the theme song for the teen comedy drama gymnastics-themed movie Stick It a year later.

Listen to Missy Elliot’s ‘We Run This’ as heard on last night’s She-Hulk in that video, and on the rapper’s The Cookbook album.

Now doesn’t that track just make you want to dance?

Watch the latest episode of She-Hulk: Attorney at Law on Disney + and listen to more music from the show here on Leo Sigh.