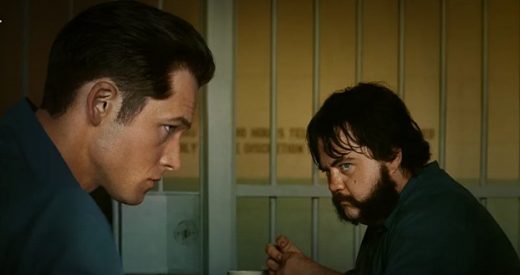 
The ominous sounding theme song and the Black Bird soundtrack are not the first time the Scottish band has composed music for a TV show, however, as they also provided soundtracks for ZeroZeroZero and the French series The Returned (aka Les Revenants ) , as well as for the documentaries  Zidane: A 21st Century Portrait, Atomic, Living in Dread and Promise, and Before the Flood and for the movie Kin.

As for Black Bird, it is a true story based on incidents in the life of convicted criminal Jimmy Keene, who is given the offer of being transferred from a minimum security prison to a maximum security prison for the criminally insane so that he can befriend suspected serial killer Larry Hall.

If he gets a confession from Hall, and details as to where bodies are buried, his own 10-year sentence will be commuted and he will be set free.

Listen to Mogwai’s ‘Titles‘ in the video, and on the full Black Bird soundtrack album below.