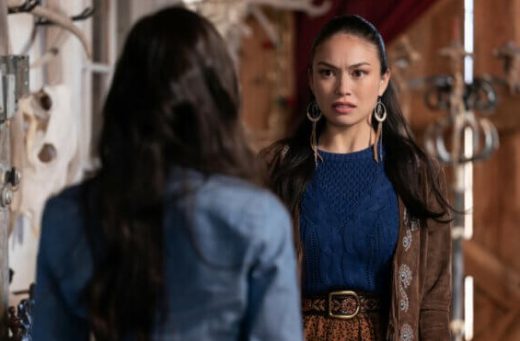 The song was released as a single by the Los Angeles-based singer songwriter earlier this year.

Unfortunately, like quite a number of indie musicians, there is little information available about her online.

I did, however, find this interesting interview from For the Record, in which Canton, Ohio born MØØNWATER talks about her start in music as a young child, playing open mic nights at a local coffee shop, writing music and releasing her debut EP Nightfires.

Since that release, she has recorded and released several more singles with MØØNWATER’s ‘Breathe Right Now‘ just one of several that have come out this year.

Listen to MØØNWATER’s ‘Breathe Right Now‘ as heard on Roswell, New Mexico in the video, and on the Spotify player below. Hear more of her songs on Spotify.

You can hear more music from Roswell, New Mexico here on Leo Sigh.