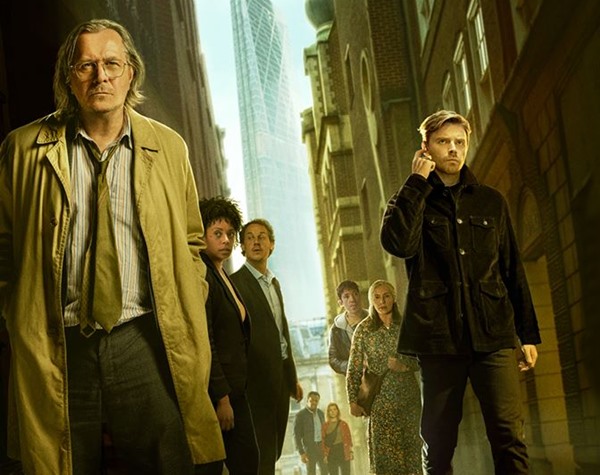 The mellow song was released on the band’s debut studio album Gee Whiz But This Is a Lonesome Town, which came out in 2007.


The album was a big success in France, the group’s home country, as well as had decent sales in several European countries and in Japan, Taiwan, Hong Kong, and Australia.

Since then, the group has released five more albums with their last one coming out in 2017. That album — Echoes from the Borderline — was recorded via a successful crowdfunding campaign with fans.

Moriarty comprises a group of musicians who were primarily born to American parents in France.

The group was founded in 1995, but with four original members leaving over the next few years, it now comprises Charles Carmignac, Arthur Gillette, Thomas Puéchavy, Rosemary Standley and Stephan Zimmerli.

You can learn more about them via the group’s official website.

Listen to Moriarty’s ‘Jimmy‘ as heard on Slow Horses last night on the band’s Gee Whiz But This is a Lonesome Town, and in the video.