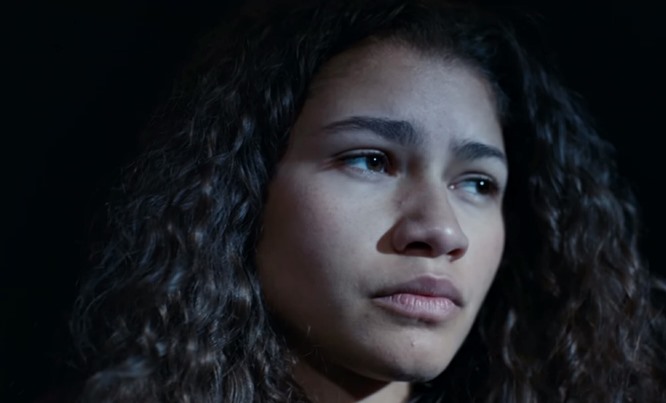 The avant-garde track was heard as Ali (Colman Domingo) calls his daughter and as Rue (Zendaya) is listening to her headphones.


Moses Sumney’s ‘Me in 20 Years‘ is from the North Carolina native’s second studio album Græ.

Released in two parts earlier this year via the indie label Jagjaguwar, Græ is a gorgeous and quite unusual collaboration between Moses Sumney and a huge number of other musicians, artists and writers including Jill Scott, Thundercat, Michael Chabon, Ezra Miller, Ian Chang and James Blake.

The album itself was not a commercial success for Sumney, only charting in Portugal where it made it to the #44 spot on the Portuguese Albums chart.

It was, however, a huge critical success for the Asheville, North Carolina-based artist, with publications as diverse as The New York Times, Rolling Stone, Stereogum, Mojo and Paste placing it on their Best Albums of 2020 lists.

Hopefully those just-published lists will give the album the boost it should have always received to reach more people.

Sumney’s ‘Me in 20 Years‘ also came with a video in which the singer envisions what he will be like 20 years from now. (Apparently, an extremely old looking 49-year-old living in poverty). A video that using the word depressing to describe it would be an understatement.

Listen to Moses Sumney’s ‘Me in 20 Years‘ from the Euphoria special in that official music video below.

You can also hear his latest album Græ in the Spotify player below that.

The Euphoria special that released on HBO this week is one of two. This first follows Rue as the Christmas season arrives.

HBO has already renewed the Euphoria series for a second season.