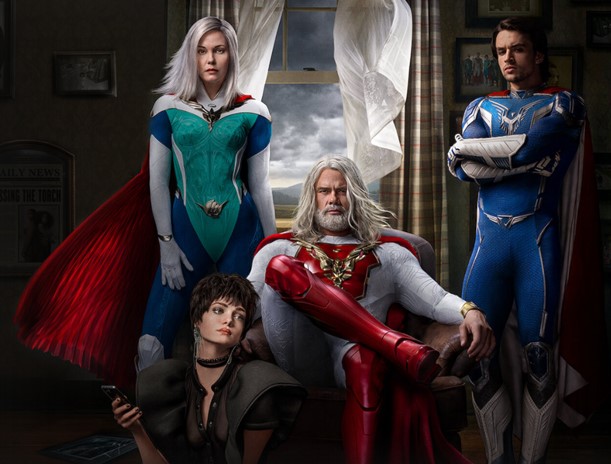 The new Netflix superhero series Jupiter’s Legacy premiered on the streaming service yesterday and, along with the melodrama, action and kids trying to live up to their parents’ achievements, the show also features some stellar songs.

Tracks like French producer Nada Funk’s ‘What’s on your Mind (UnoMas Remix)‘, which played on the first episode of the series during the club scene — Jupiter’s Legacy, Season 1, Episode 1, “By Dawn’s Early Light“.


The track with its whispery vocals and pounding beat is the perfect song to illustrate a hyped up club scene.

Nada Funk’s ‘What’s on your Mind (UnoMas Remix)’ was released in 2016, with both an original version and the UnoMas Remix.

It is one of several songs the producer/composer has had licensed for play on American TV shows, with other features including music on the shows Search Party and Emily in Paris.

Nada Funk is the title of a music project created by Vincent de Azevedo. a DJ who decided to found a music project in order to be able to create his own funk, house and electronica music.

Listen to one of those tracks, Nada Funk’s ‘What’s on your Mind (UnoMas Remix)‘, in the Spotify player and video below.

The first season of Jupiter’s Legacy is now streaming on Netflix, but has received mixed reviews so far, with several critics commenting how the show is slow to get going, and seems like a season of set-ups more than a full-blown superhero extravaganza.