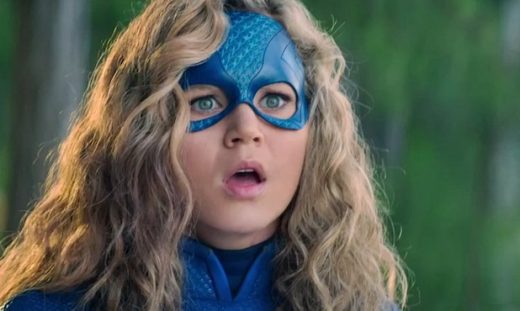 The song was played during the opening montage over Blue Valley, and as the Gambler returns.


Neil Diamond’s ‘America‘ was first released way back in early 1981 on the soundtrack of the musical drama The Jazz Singer, which starred Diamond, Lucie Arnaz and Sir Laurence Olivier.

It went on to become one of Diamond’s biggest hits, along with other songs from The Jazz Singer.

Diamond’s ‘America‘ tells the story of immigrants traveling to America for a better life than the one they left behind, and arriving in a country that welcomes them:

Listen to Neil Diamond’s ‘America‘ as heard on DC’s Stargirl last night on The Jazz Singer soundtrack, and in the superb live performance he gave of the song at LA’s The Greek Theater in 2012.