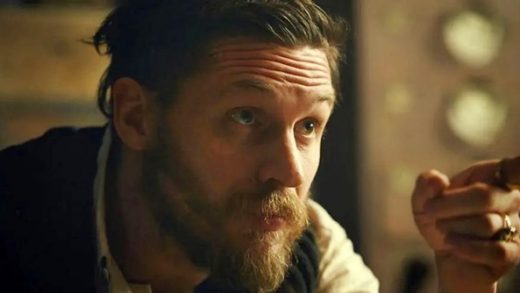 One of the most well-known operatic arias was that gorgeous piece played on last night’s episode of Peaky Blinders.

The aria is ‘Nessun Dorma‘ performed by Luciano Pavarotti accompanied by The John Alldis Choir, the Wandsworth School Boys Choir and the London Philharmonic Orchestra, and conducted by Zubin Mehta.


It was played on Peaky Blinders, Season 6, Episode 2, “Black Shirt” as Tommy (Cillian Murphy) is in the alley on his way to the cellars below Camden Town to meet Alfie Solomons (Tom Hardy).

And it is a version of ‘Nessun Dorma‘ I am particularly fond of, as it was conducted by Zubin Mehta who is also conductor of the American Youth Symphony, an organization I worked for many years ago.

‘Nessun Dorma‘ itself is from one of Puccini’s most famous operas, Turandot, and is one of those pieces that, even if you know nothing about opera, you will still have heard over and over again throughout your life.

That’s because it has been played in hundreds of TV shows and in movies and, with the result that if millions of people who aren’t opera fans were asked to name a song from an opera, ‘Nessun Dorma‘ is likely to be one of the few they may know.

It was the Italian tenor Luciano Pavarotti, however, who was the person that caused the song to become so well-known and well-loved, as he sang it at the 1990 World Cup.

Since then, it has become a classic opera aria around the world.

Listen to Luciano Pavarotti’s ‘Nessun Dorma‘ accompanied by The John Alldis Choir, the Wandsworth School Boys Choir and the London Philharmonic Orchestra, and conducted by Zubin Mehta in the video, and on the Turandot album on the Decca label.

It really is a stunning work.

Watch Season 6 of the critically acclaimed Peaky Blinders on the BBC, with the first 5 seasons currently streaming on Netflix.