The song was heard as Nancy is surprised with the ambulance dedication to Tim.

Nick Drake’s ‘Pink Moon‘ is the title track from the musician’s third and final studio album.

Released in early 1972, Pink Moon was the first of Drake’s albums to be released in North America.

The album was an interesting one for the indie musician, and could have been a precursor for where his music was likely to be heading, as it was his first all acoustic album without the addition of a backing band.

Sadly, Drake died of a drug overdose two years later at the age of only 26-years-old. So we will never know. 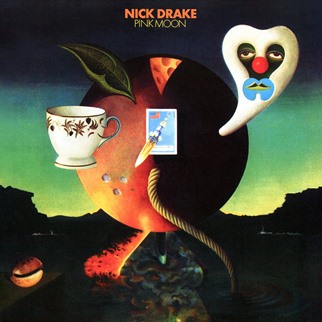 Also, tragically, the album was not commercially successful during Nick Drake’s lifetime, but became critically acclaimed, and thus sold many more copies, after his death.

In 2003, Pink Moon was also placed on Rolling Stone’s list of Best 500 Albums of All Time.

Listen to Nick Drake’s ‘Pink Moon‘ as heard on last night’s 9-1-1: Lone Star in both the video and on his album of the same name below.

The second season of 9-1-1: Lone Star is currently airing on Fox.