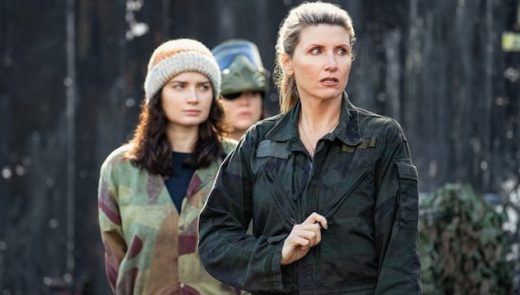 American jazz, R&B and blues singer and pianist Nina Simone’s ‘Don’t Let Me Be Misunderstood‘ was played on the new episode of the Irish dark comedy Bad Sisters this week — Bad Sisters, Season 1, Episode 5, “Eye for an Eye“.

The song was heard over the end credits.


Nina Simone‘s ‘Don’t Let Me Be Misunderstood‘ was written for the singer by Bennie Benjamin, Horace Ott and Sol Marcus, and was first recorded in 1964 at a much slower tempo than future recordings by other artists.

It became an iconic song for the now-legendary late singer.

The lyrics of the song were written after one of the writers had an argument with his then-girlfriend, later-wife.

After Simone’s version was released, the song became so well-liked it was recorded by several other prominent artists in the next few decades, including Elvis Costello, Lana Del Rey, Joe Cocker, The Animals and Cat Stevens.

Listen to Nina Simone’s ‘Don’t Let Me Be Misunderstood‘ as heard on the fifth episode of Bad Sisters in the video of the original recording, and on the Spotify player.

There is also a lovely very crackly live performance Simone gave of her own laidback version of the classic song that’s well worth a watch down below as well.