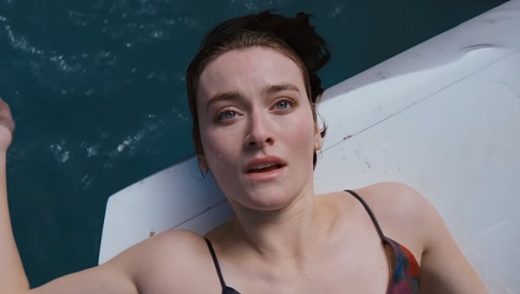 Electro pop Australian duo No Mono’s ‘Violence Broken‘ was played on the soundtrack of The Wilds this week — The Wilds, Season 2, Episode 1, “Day 30 / 1“.

The song was played during the funeral scenes.


No Mono’s ‘Violence Broken‘ is from the Aussie duo’s 2018 nine-track debut studio album Islands, Part 1., which came out on Iansek’s Pieater record label.

The song is mesmerizing in its intensity, as you are pulled along by singer Tom Snowdon’s almost haunting vocals.

No Mono, by the way, is two Toms — Tom Snowdon and Tom Iansek — who got together in 2014, and released their first single ‘Butterflies‘ five years ago.

In 2016, Snowdon said about the joint music project:

For the past two years we’ve been developing songs for this project, which we recently recorded at the Pieater studio in Collingwood (BellBird). We like similar music and sounds and are great friends. It’s been a very intuitive process. That’s what this project is really about – exploring and cultivating our artistic relationship, we just follow our ears and our guts.

That they come out with such beautiful music because of it says a lot about how well they collaborate together, doesn’t it?

Listen to No Mono’s ‘Violence Broken‘ from the second season of The Wilds in the song’s music video, and on their Islands Part 1 album.