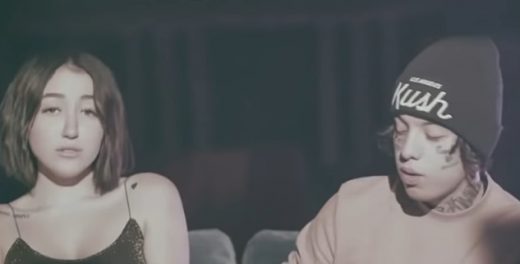 Teen drama Euphoria is back on Hulu with its second season this month, and along with the usual high school drama, we also get some of the best music on American TV/streaming services.

Including this one — Noah Cyrus, Lil Xan’s ‘Live or Die‘, which showed up on the second episode of Euphoria last night — Euphoria, Season 2, Episode 2, “Out of Touch“.


The track was played as Nate was thinking about his life with Cassie.

Noah Cyrus, Lil Xan’s ‘Live or Die‘ was released in late September, 2018, but interestingly only charted in New Zealand.

The song was also overshadowed by the very public break up of Cyrus and Lil Xan after he accused her of cheating on him. She denied the accusation, and accused him of cheating right back. So there you go.

In it, the couple are kissing and cuddling by the fire as they profess their love for each other, and lyrics like the following are sung:

When you lay by my side
I see the whole world through your eyes
Ride or die, you and I.

Regardless, Noah Cyrus, Lil Xan’s ‘Live or Die’ is a superb track, and it’s a pity the pair weren’t able to work through their personal differences and collab with each other again.

Listen to Noah Cyrus, Lil Xan’s ‘Live or Die‘ as heard on Euphoria in that music video, and on the music player down below.

Season 2 of Euphoria is now on Hulu.