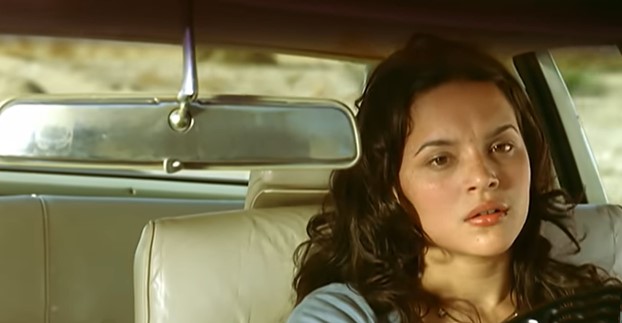 American pop, jazz and folk singer Norah Jones’ ‘Come Away with Me‘ was one of the songs played on this week’s episode of Supergirl –– Supergirl, Season 6, Episode 6, “Prom Again!“.

The song was heard on the soundtrack as Brainy and Nia are dancing, and as Brainy tells Nia if she is having problems interpreting her dreams, her mom might be able to help.

Norah Jones’ ‘Come Away with Me’ was the third single from the singer’s debut studio album of the same name, which was released in the U.S. in 2002 via Blue Note Records.

The album it came from peaked in the top spot on the Billboard 200 chart, and earned two Grammy Awards — one for Album of the Year and one for Best Pop Vocal Album.

While it is a pop album, the songs on it also feature jazz, blues and folk music to create their distinct sound.

Come Away with Me is now one of the biggest selling albums of all time, and catapulted Jones to major stardom in the music world.

Listen to Norah Jones‘ single ‘Come Away with Me‘ from Supergirl in the song’s official music video and on her debut album. The music video for the song was as successful as the song, with over 35 million views on YouTube.