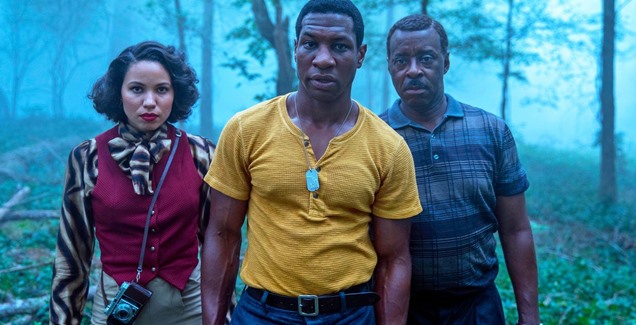 Sometimes there are absolute gems of songs you would miss unless you watched TV series with a Music Supervisor that knows about obscure songs all but forgotten decades ago.

Case in point, the wonderful North Korean singer Park Hyang-rim’s ‘Oppaneun Punggakjaengiya‘, which was featured on Lovecraft Country this week — Lovecraft Country, Season 1, Episode 6, “Meet Me in Daegu” — and which you can hear below.

The upbeat sounding ‘Oppaneun Punggakjaengiya‘ (aka 오빠는 풍각쟁이) translates as ‘Brother is a Busker’ in English, and was Park Hyang-rim’s biggest hit when it was released back in 1938.

Sadly, however, this lovely Korean trot song also comes with quite a bit of tragedy as the popular and talented singer apparently died at an incredibly young age.

Born in North Hamgyong Province in 1921 to a wealthy North Korean family, Hyang-rim (aka Park Hyang-lim) was already a popular and quite successful singer when she was just 16 years old.

Throughout her decade-long career she released several albums on Columbia Records, often featuring cover songs, and had a promising long-term career ahead of her.

Hyang-rim sadly died, however, in 1946 at only 25-years-of-age after having a child and suffering from what was then called a ‘postpartum disease’.

There is little information about her available nowadays other than that, and other than the few recordings she left behind, some of which are still available on YouTube.

What is Korean trot music?

As for Korean trot music, it is known for being influenced by a mix of genres from European, Korean, Japanese and American music.

Often tinged with Korean folk, the genre ended up being an unusual mix of traditional Korean and modern Western music, which gives it that completely unique sound.

While Korean trot has now died out from popular culture, it is still popular in some circles in South Korea.

It has all but disappeared in Hyang-rim’s home country of North Korea, however, as propaganda music quickly took its place.

Listen to Patience and Prudence’s ‘Tonight You Belong To Me’ from Lovecraft Country — it’s creepy, terrifying and just plain wrong

South Korea also used trot music as propaganda for their own way of life, targeting North Korean soldiers with the music via various radio stations. That certainly did not help the genre’s longevity in the north.

There is another delightful song she also released the same year — a duet with Kim Hae-song called ‘Phone Diary‘ — which you can also hear to below that.