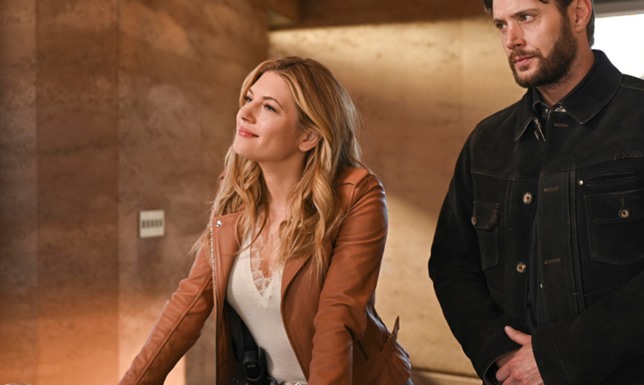 Americana and Texas country singer songwriter Parker McCollum’s ‘I Can’t Breathe‘ was that pretty song played on the season finale of BigSky last night as Cormac gives Emily’s knife back to her — Big Sky, Season 3, Episode 13, “That Old Feeling“.

The song was released as the lead single from McCollum’s sophomore studio album Probably Wrong, which came out in November, 2017 on his own record label PYM Music.


It went on to become one of McCollum’s most popular and most listened to songs.

As for his Probably Wrong album, it was a compilation of the singer’s two previous EPs along with two new songs, and spawned three singles including ‘I Can’t Breathe‘.

The song itself was written about the difficulties of touring while the person he loves is back home, not believing what he is telling her about his life on the road.

Listen to Parker McCollum’s ‘I Can’t Breathe‘ as heard on the season finale of Big Sky yesterday on his Probably Wrong album, and in the video.

The season finale of Big Sky is streaming via ABC and Hulu, with no word yet as to whether the popular crime drama has been greenlit for a fourth season.